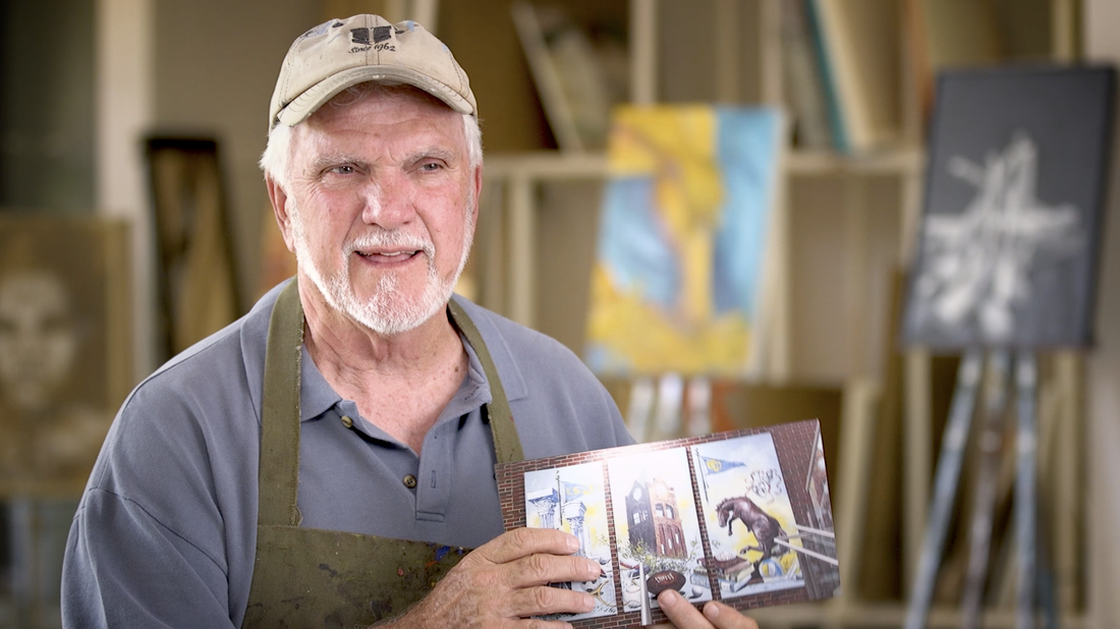 After a total of forty (40) some years of teaching, Dr. Bob E. Palmer retired in December 2014.  His final position as an Educator, was a Professor of Art, in the Department of Art, in the College of Arts, Media & Design with The University of Central Oklahoma, Edmond, OK.  His plans have always been to continue his successful mural painting business with Palmer Studios, Inc., and be with family, mainly his three grandchildren.

As an educator over the span of 40 years, he has taught K-12, University level classes as well as older adults.  In 2001 he was recognized as the "Outstanding Oklahoma Higher Education Faculty Member" by the Oklahoma Art Education Association (OAEA).  In 2007, he was recognized as the "Oklahoma Art Educator of the Year" by the National Art Education Association (NAEA) during the national conference in New York City, whose membership includes elementary, secondary, middle level and high school art teachers in 50 states, representatives from America's major art museums, State Departments of Education, arts councils, and major colleges and universities throughout the United States and 66 foreign countries.  NAEA President, Susan Gabbard, stated, "This award is given to recognize excellence in professional accomplishment and service by a dedicated art educator.  Dr. Palmer exemplifies the highly qualified individuals active in the field of art education today."  The State of Oklahoma's Centennial year was also 2007 and Dr. Palmer was chosen as its Feature Mural Painter, with large commission at the Oklahoma State Capital Complex, Bricktown and around Oklahoma City.

In 2013, the Honorable Mary Fallin, Governor of the State of Oklahoma, recognized his contributions to the state by honoring him with the "Governor's Art Award in Community Service".  That same year, Oklahoma's "Slice" Magazine, also recognized Dr. Palmer as "One of the Visionaries in Arts in Oklahoma".

Dr. Palmer is probably best known and remembered by his over 3,800 murals around the state of Oklahoma, Canada, Mexico and Europe.  Being from Walters, Oklahoma, Dr. Palmer has an affinity with small towns, and one can hardly travel across our state without finding evidence of his works.  Dr. Palmer prides himself on his public works that are historically accurate and true to our western heritage.  Palmer Studios, inc. has contributed back to Oklahoma's economy through taxes, employment of beginning, as well as established artists, support of the state art organizations, and at the same time beautifying and visually illustrating our state's history.  Palmer murals have served as back drops in TV commercials, major movies and television series that have been filmed in Oklahoma.

Dr. Palmer continues to paint, adjudicate arts shows, and conduct workshops, while balancing home and family.  He holds membership in several art and professional organizations, and continues to be in demand for public appearances across Oklahoma and around the globe.

He wrote and published a book about his many murals, the stories behind the projects, and the unique legacy of the artist and educator: Painting Oklahoma and Beyond.
"Through the art of murals we are able to touch the heart and memories of our historic past and pass on that heritage in a visual form to our children and community."